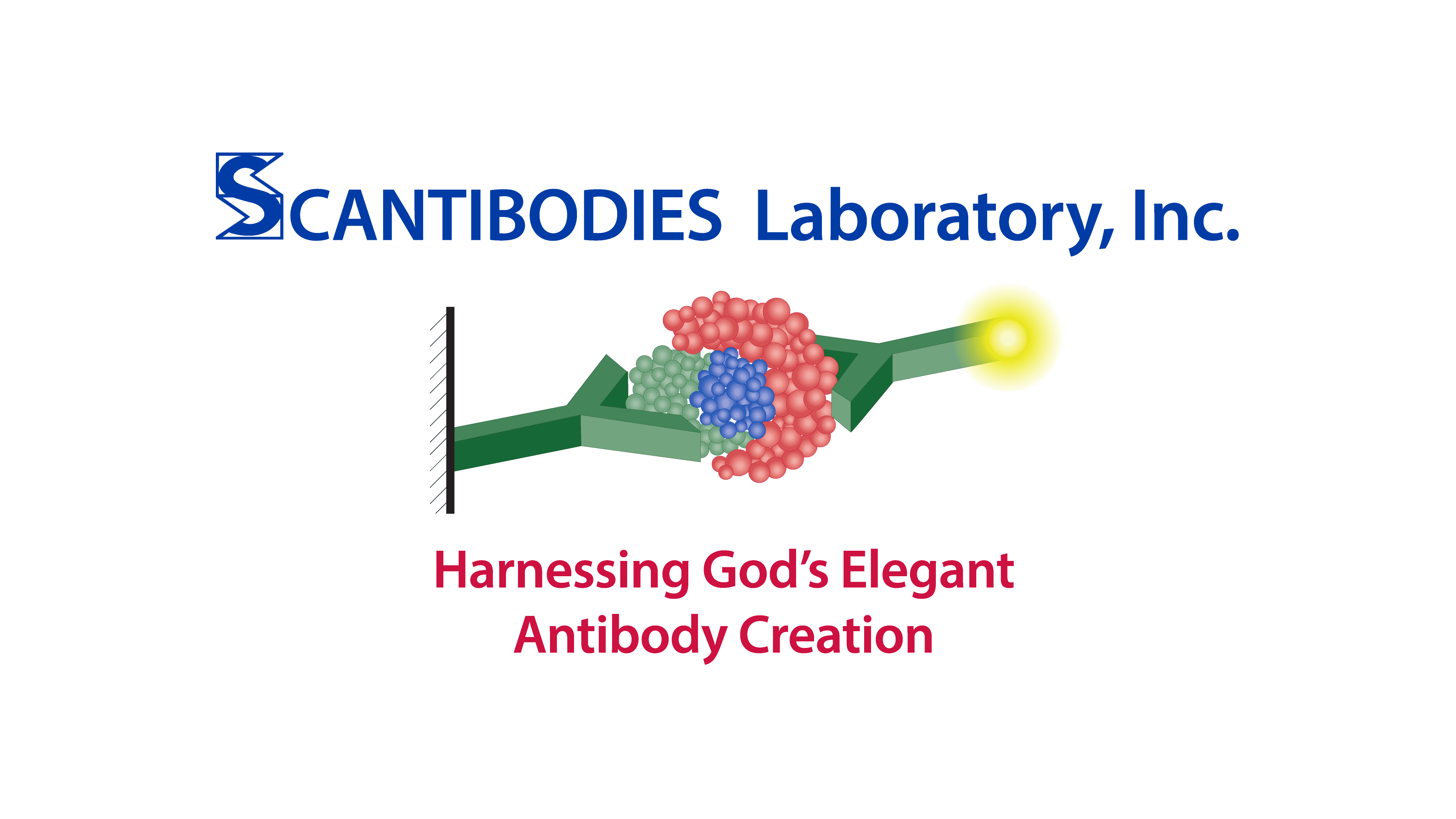 Plasma: The fluid part of the blood remaining after centrifugation (removes blood cells, etc.), collected from patient into tube/bag containing anti-coagulants (i.e., EDTA, citrate, heparin, etc.) to prevent clotting of the fibrin in the blood.

Serum: The fluid part of blood remaining after removal of the fibrin. SLI provides two forms.

Off The Clot (OTC): Clotting is allowed to occur naturally (without assistance of chemicals). This is a more expensive form of serum.

Defibrinated Plasma: Chemical treatment (defibrination) of plasma to cause clotting (needed due to the presence of anticoagulants that were added during blood collection). Then dialysis is performed to bring the biochemical values back into the normal range and remove sodium azide, residues, etc. This is a less expensive form of serum.

Antiserum: Human or animal serum containing antibodies that are specific for one or more antigens.

Pre-immune serum: Blood serum extracted prior to an animal’s immunization with an antigenic substance; often used as a control.

Heterophilic Antibodies: Endogenous antibodies found in patients’ serum/plasma which can bind to immunoglobulins of other species, including the species used to generate the antibodies used as reagents for immunoassays. These antibodies can interfere in immunoassays, causing a spurious elevation of measured value that is independent of the true analyte concentration, thus potentially misclassifying samples.

Active Blocker: Such as HBR, which is a specific binder that is directed against the human heterophilic antibody.

Heterophilic Blocking Reagent (HBR): A novel reagent which has been specifically designed to combat the problems of heterophilic interference in immunoassays.

Rheumatoid Factor (RF): An autoantibody of high molecular weight that reacts against immunoglobulins of the class IgG and is often present in rheumatoid arthritis.

Autoantibody: An antibody that reacts with the cells, tissues, or native proteins of the individual in which it is produced.

Antibody: A Y-shaped protein on the surface of B cells that is secreted into the blood or lymph in response to an antigenic stimulus, such as a bacterium, virus, parasite, or transplanted organ, and that neutralizes the antigen by binding specifically to it; an immunoglobulin.

Monoclonal antibody: Of or relating to a protein from a single clone of cells, all molecules of which are the same.

Polyclonal antibody: Produced by or being cells derived from two or more cells of different ancestry or genetic constitution. Multiple B cell response to an antigen resulting in a mixture of antibodies typically recognizing a variety of epitopes on the antigen.

Primary antibody: An antibody produced in a host animal from a human antigen, such as Rabbit Anti Human PTH.

Secondary antibody: An antibody produced in an animal from an animal antigen, such as Goat Anti Rabbit IgG. They are used to detect the presence of a primary antibody.

Coating/Capture antibody: An anchored primary antibody used in ELISA procedures to bind an antigen in solution.

Antibody Light Chain Region: Either of the two smaller of the four polypeptide chains that are subunits of antibodies. They compose one half of the antigen binding sites of antibodies, together with the variable region of the heavy chain.

Antibody Heavy Chain Region: Either of the two larger of the four polypeptide chains comprising antibodies. They compose one half of the antigen binding sites of antibodies, together with the variable region of the light chain.

Antibody Variable/N Terminal Region: The binding site of antibodies located at the topmost tip of the “Y” arms of both Light and Heavy Chains. This variable region, composed of 110-130 amino acids, give the antibody its specificity for binding antigen.

Antibody Constant/C Terminal Region: The portion of the antibody shape that includes all except the topmost tips of the “Y” arms of both the Light and Heavy Chains. The constant region determines the mechanism used to destroy antigen. Antibodies are divided into five major classes, IgM, IgG, IgA, IgD and IgE, based on their constant region structure and immune function.

Antibody FAB Region: Top portion of antibody “Y” shape consisting of all the variable regions and a small portion of the constant region.

Antibody Fc Region: Bottom portion or stem of antibody “Y” shape consisting of the largest portion of the constant region.

Antigen: A substance that when introduced into the body stimulates the production of an antibody. Antigens include toxins, bacteria, foreign blood cells, and the cells of transplanted organs.

Affinity: The strength of reaction between antibody and antigen at a single antigenic site.

Cross-reactivity: The reaction between an antigen and an antibody that was generated against a different but similar antigen.

Specificity: The likelihood that the particular antibody is binding to a precise antigen epitope.

Epitope: The surface portion of an antigen capable of eliciting an immune response and of combining with the antibody produced to counter that response.

Immunoglobulin: Any of a group of large glycoproteins that are secreted by plasma cells and that function as antibodies in the immune response by binding with specific antigens. There are five classes of immunoglobulins: IgA, IgD, IgE, IgG, and IgM.

In an infected individual, the Group A Streptococci produced Streptolysin O acts as a protein antigen and causes the patient’s immune system to mount a defensive response with Antistreptolysin O antibodies. A rise in ASO titer level begins about 1 week after infection and peaks 2-3 weeks later. In the absence of complications or re-infection, the ASO titer will usually fall to pre-infection levels within 6-12 months. Approximately 80-85% of the patients who demonstrate a Group A Streptococcal infection will also demonstrate an elevated ASO titer.

Group A Streptococcus has caused more widespread diseases than any other group of bacteria. Upon initial infection by Group A Streptococcus, a patient may present with a sore throat and general malaise. However, there also exists a correlation between the initial illness and development of post-streptococcal syndromes. Of these, acute rheumatic fever and acute glomerulonephritis are the most debilitating. To determine if a streptococcal infection was the root cause, an Antistreptolysin O test is performed.

ASO titer determination can help distinguish beta-hemolytic Group A Streptococcal rheumatic fever from acute rheumatic diseases. A normal ASO reference range for adults is <100 Todd units or a 1:99 dilution. The majority of physicians will order a differential diagnosis panel to be run on a sample consisting of ASO titer, C-Reactive Protein (CRP) and Rheumatoid Factor (Rf). Eighty percent of Group A Streptococcal infected patients also have elevated CRP levels greater than 1.2 mg/dL.

False positive ASO titers can be caused by increased levels of serum beta-lipoprotein produced in liver disease and by contamination of the serum with Bacillus cereus and Pseudomonas sp. ASO titers are elevated in 85% of patients with rheumatic fever but may not be elevated in cases involving skin or renal sequelae. A marked rise in titer or a persistently elevated titer indicates that a Streptococcus infection or post-streptococcal sequelae are present. Both clinical and laboratory findings should be correlated in reaching a diagnosis.

Group A Streptococcus: A common but virulent streptococcus that damages the tissue it infects and produces toxins that trigger a form of shock that affects the vital organs.

Rheumatic Fever: A severe infectious disease occurring chiefly in children, characterized by fever and painful inflammation of the joints and frequently resulting in permanent damage to the valves of the heart.

Glomerulonephritis: A form of nephritis characterized by inflammation of the renal glomeruli.

Immunoassay: A laboratory technique that makes use of the binding between an antigen and its homologous antibody in order to identify and quantify the specific antigen or antibody in a sample.

Sandwich immunoassay: In a typical microtiter plate sandwich immunoassay, a monoclonal antibody is adsorbed onto a plastic microtiter plate. When the test sample is added to the plate, the antibody on the plate will bind the target antigen from the sample, and retain it in the plate. When a polyclonal antibody is added in the next step, it also binds to the target antigen (already bound to the monoclonal antibody on the plate), thereby forming an antigen ‘sandwich’ between the two different antibodies. This binding reaction can then be measured by radio-isotopes, as in a radio-immunoassay format (RIA), or by enzymes, as in an enzyme immunoassay format (EIA or ELISA) attached to the polyclonal antibody. The radio-isotope or enzyme generates a color signal proportional to the amount of target antigen present in the original sample added to the plate. Depending on the immunoassay format, the degree of color can be detected and measured with the naked eye (as with a home pregnancy test), a scintillation counter (for an RIA), or with a spectrophotometric plate reader (for an EIA).

Rapid Test immunoassay: In addition to microtiter plates, immunoassays are also configured as rapid tests, such as a home pregnancy test. Like microtiter plate assays, rapid tests use antibodies to react with antigens and can be developed as MoAb-PoAb sandwich formats, competitive inhibition formats, and antigen-down formats. With a rapid test, the antibody and antigen reagents are bound to porous membranes, which react with positive samples while channeling excess fluids to a non-reactive part of the membrane.

Rapid immunoassays commonly come in 2 configurations: A lateral flow test where the sample is simply placed in a well and the results are read immediately. The flow through system requires placing the sample in a well, washing the well, and then finally adding an analyte-colloidal gold conjugate. The result is read after a few minutes, and one sample is tested per strip or cassette.

The classic competitive inhibition assay format requires the simultaneous addition of labeled (conjugated analyte) and unlabeled analyte (from the sample). Both labeled and unlabeled analyte then compete simultaneously for the binding site on the monoclonal capture antibody on the plate. Like the sequential competitive inhibition format, the colored signal is inversely proportional to the concentration of unlabeled target analyte in the sample. Detection of labeled analyte may be made by using a peroxidase substrate such as TMB, which can be read on a microtiter plate reader.

Antigen-Down Immunoassay: In an antigen-down immunoassay, the analyte is coated onto a 96-well microtiter plate (rather than an antibody) and used to bind antibodies found in a sample. When the sample is added (such as human serum), the antigen on the plate is bound by antibodies (IgE for example) from the sample, which are then retained in the well. A species-specific antibody (anti-human IgE for example) labeled with HRP is added next, which, binds to the antibody bound to the antigen on the plate. The higher the signal, the more antibodies there are in the sample.

Lyophilize: To freeze-dry (blood plasma or other biological substances).

Iodination: The substitution or addition of iodine atoms containing radioactive isotopes used as a medical tracer.

Conjugation: Attachment of a peptide segment to a carrier protein.

Affinity Purification: Column purification where specific antibody fraction binds to the antigen to which it is made.

Hybridoma: A cell that is produced in the laboratory from the fusion of an antibody-producing lymphocyte and a non-antibody producing cancer cell, usually a myeloma or lymphoma. It proliferates and produces a continuous supply of a specific monoclonal antibody.

Ascites: The accumulation of serous (of, relating to, producing, or resembling serum; especially having a thin watery constitution) fluid in the peritoneal cavity. Unpurified monoclonal antibody containing fluid drawn directly from hybridomas, grown within a living host (usually mice).

Cell Culture: The maintenance or growth of dispersed cells in a medium after removal from the body.

In Vivo: Within a living organism.

In Vitro: In an artificial environment outside the living organism.